The Northwest Sweet 16 is Outshine’s premiere event. 16 b-boys/b-girls are chosen from the Northwest to represent either their region or their crew. They are chosen based on competitions they have won, how strong they have been representing at battles, and how much promise they have shown throughout the year. We have been fortunate enough to have worked with pretty much every crew in the Northwest, and would like to thank all the dancers who have supported the event throughout the years.

Sweet 16 rules:
-5 judges
-no judges can judge their own crew
-2 rounds per battle, b-boy who goes first gets the choice of a 3rd
-finals are 3 rounds per b-boy with a choice of a 4th

All time winners include:

Proud to announce our 2020 Northwest Sweet 16 finals. We will have prelims in Vancouver, Portland, Eastern Washington, Calgary, Seattle, and Puyallup. View the event page HERE, and our Facebook page for up to date details. 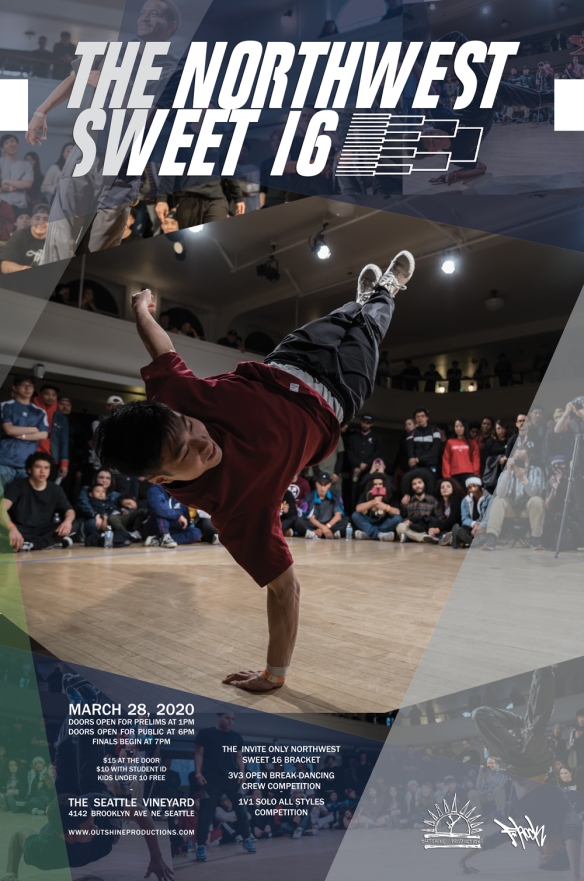