So, the weekend is over, and boy what a weekend. We were very disappointed in the turnout for the event. This was probably our lowest turnout in the 8 years we’ve thrown this jam, but we’ve never tried to go head up against the Seattle summer, so shame on us. With that said, it was the best jam we’ve done as far as talent goes. A truly international jam with b-boys from Sweden, Italy, Columbia, Russia, California, and Japan. Awesome to see the cultures combine.

I’m sure you’d like to know the results, they are as follows:

Highlights for us included Jbugz vs Buckshot in the finals, super sick to see a clash of the new school and old school NW b-boys. Massive Monkess battling Sweden was one of the best battles I’ve seen period. Fly Girls were incredibly prepared. Their routines would have smashed on any crew that we’ve had in the past.

Footage to come soon, we will populate as soon as we can: 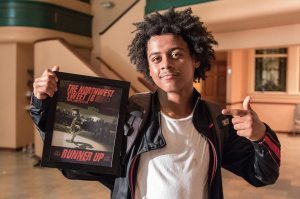